The 14th Tripartite Environment Ministers Meeting (TEMM14) was held in Beijing, China on May 4th, 2012.

The Ministers shared the recent progress in each country regarding environmental policies after TEMM13. They welcomed the statements that introduced the main environmental efforts in 2011 and key environmental tasks in 2012 by China, ti

The Ministers praised the idea of “being in the same boat, benefit sharing and joint preservation” regarding environmental cooperation among the three countries put forward by Minister Zhou Shengxian. They also welcomed the authorities of ecolabelling in each country signed on “Agreement on Multifunctional Devices Common Certification Rule of the Ecolabelling among China, Japan and Korea”, “Agreement on MRA-ba “Operation Rules of Mutual Recognition among China, Japan and Korea” at the occasion of TEMM 14. 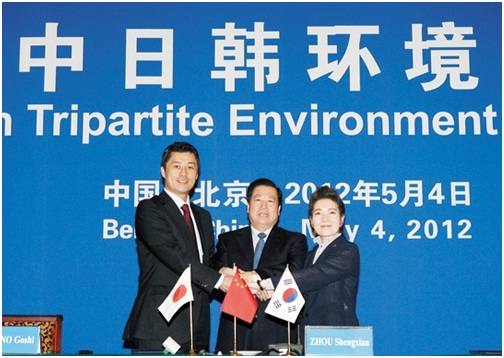 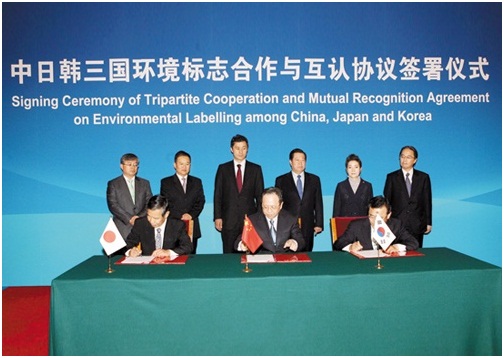